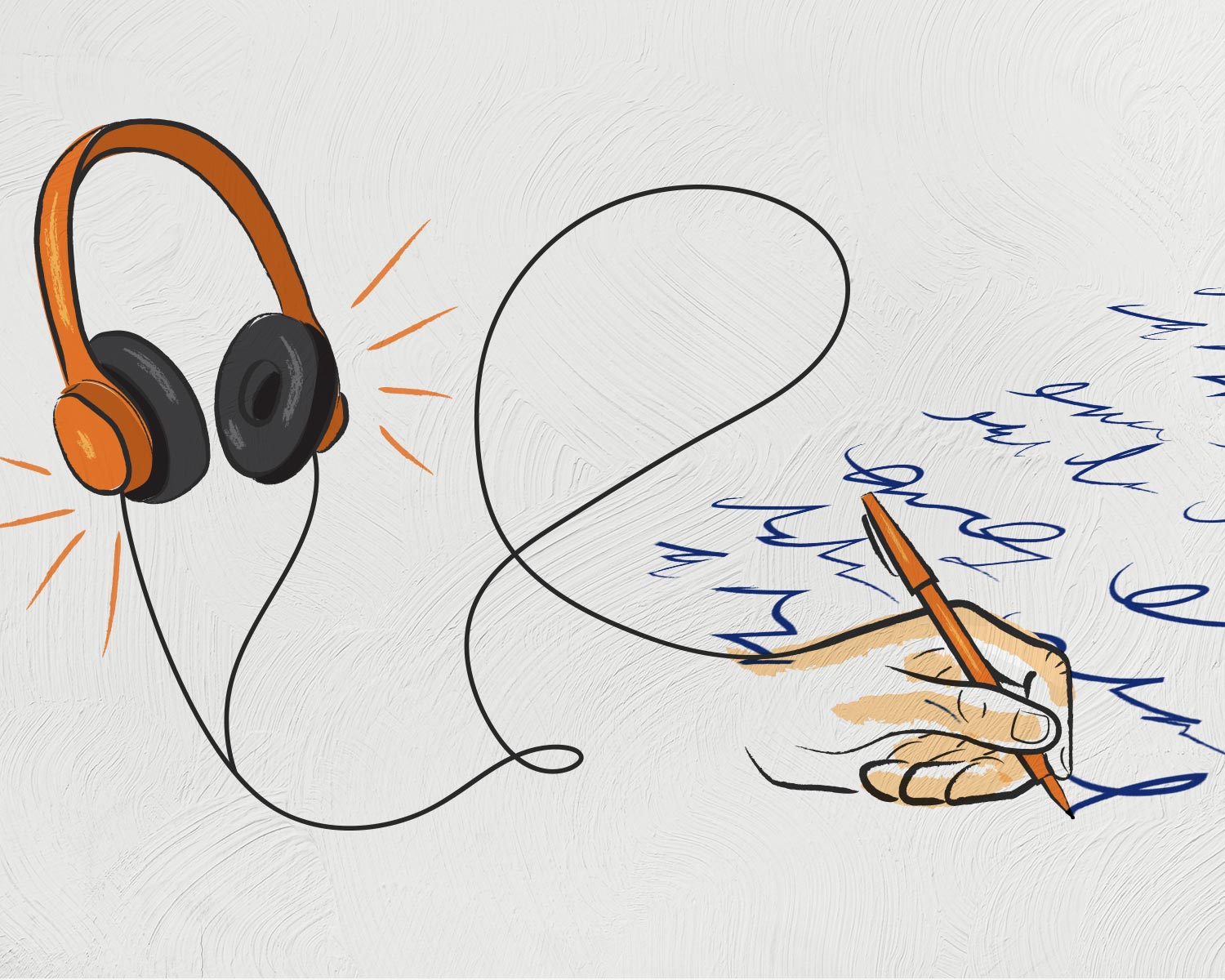 Use music as a soundtrack… to create.

The greatest song of all time is Chicago’s “Feelin’ Stronger Every Day.” At least that’s how I feel right now because that’s what I’m listening to. It’s hard not to get caught up in it, especially with those horns. This song has a special place in my heart because it was one of two songs I would listen to before a new business pitch. The other was “Hell’s Bells” by AC/DC, obviously.

Playing music to psych ourselves up is nothing new. I mean, baseball players have their own songs they play every time they walk up to the plate, right? But we can also use music as a tool to help us in writing. It can help us focus by blocking out the world around us. It can get us into a state of flow.

I, however, like to use music more specifically. To set up a mood and a tone in my mind. Or to shift away from a current mood and into one that’s more appropriate to the work I need to create.

Years ago, I was working on a hospital campaign for a new cancer center. The campaign was supposed to inspire confidence in patients and caregivers. But this was a heavy subject, and I had a hard time getting to a positive, inspirational place. That was when Evanescence’s “My Immortal” randomly began playing on iTunes. Something in me shifted. So, I played it again. And again. Before I knew it, the work started to flow, and it was exactly what it needed to be. It had gravitas but was filled with courage.

Years later, the same health care client wanted to launch a campaign to introduce a series of technical breakthroughs to the community. This time, the music I ended up playing over and over was Pinback’s “3 x 0.” It was electronic but hip and upbeat. Perfect.

Music is crucial to the mood of a finished movie or video or commercial. For this exact same reason, it can be critical in the very creation of the work.

Next time you need to write something with a certain style, personality or mood, try finding a piece of music that creates that feeling in you first. Settle into that mood. And then go. Try creating with completely different styles of music. See how that opens up new possibilities even with the exact same messages.

And do yourself a favor. Listen to Chicago’s “Feelin’ Stronger Every Day.” Because who doesn’t want to feel that?