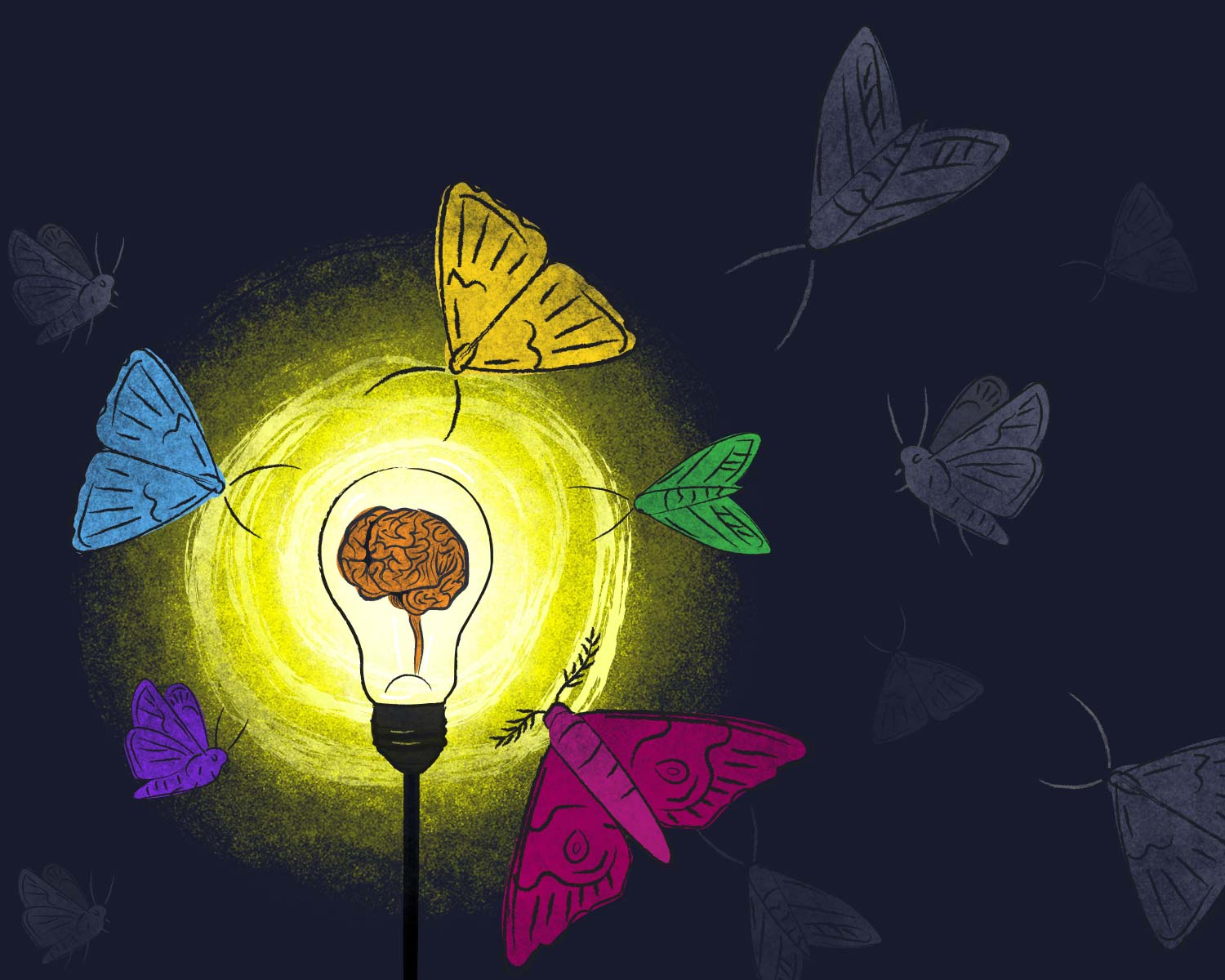 I’ll begin by pointing out that most of the content you’ll find on gkv.com is faithfully backed by empirical data, surveys, charts and graphs. Not this time. This is simply a creative observation from a copywriter who has been around the block a few times.

All Hail the Idea.

Behind every TV commercial that makes us pause for 30 seconds before moving on to the next channel. Behind every radio spot that actually makes us smile. Behind every social media post that stops our rapidly flipping fingers, there’s an idea.

In the world of advertising, a truly good idea is a rare find. It does more than simply sell a product or service. It presents a well-thought-out strategy in a way that’s fresh, entertaining and poignant. It creates a new perception or solidifies an existing brand. And while all creative work is somewhat subjective, a good idea is virtually bulletproof. In fact, there are only two things one can say that will kill a good idea dead in its tracks.

There is no substitute for the idea.

Don’t confuse an idea with a technique. There are more different types of ads today than ever before. In social media alone, you’ll see ads using imaginative filters, 3D applications, 360° content, or a host of other innovative techniques. But that’s not an idea. A cool technique is just that. It can enhance an idea, but it cannot replace one.

Furthermore, what separates the creative from the not-so-creative isn’t only the ability to come up with ideas, but the ability to trust the good ones while weeding out the bad. Then you have to be willing to push the idea beyond the safe and comfortable. But be careful. Any idea that isn’t firmly tethered to a strategy is simply gratuitous. It may grab your attention, but there’s no substance. It’s the junk food of advertising.

So, where do good ideas come from?

Well, if I knew that, I’d probably be semi-retired, living on a beach in Fiji. Just how then do we flick on the metaphorical lightbulb? Scientists believe ideas can be generated from electrically charged synapses in the sub-conscious brain. Rationalists might suggest throwing all you know about the product, strategy and consumer into a pot. Add a dash of talent and “Eureka!” And the religious simply credit divine intervention.

Perhaps it’s all of the above.

I’ve found that ideas are often fleeting and can frequently be found in the most unusual places. In the shower, in the car, at the bottom of a coffee cup, or in bed when sleep is just beyond your grasp.

Sometimes ideas can only be mined after a prolonged state of solitude. And sometimes ideas come from collective brainstorms. For the record, we’ve all heard people say, “There are no stupid ideas in a brainstorm.” Actually, there are. But we need to get the stupid ones out because they may trigger something that leads to a smart one.

So, let’s get this straight, there’s nothing more important than having your message grounded in a solid idea. But unfortunately, there is no formula, method or magic wand to create said idea. Don’t worry.

GKV has proven experience in developing and implementing solid, strategic and often outrageous ideas that grab attention and produce results.